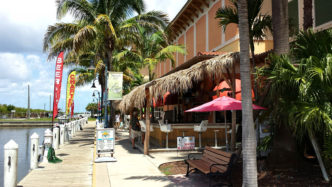 CHICAGO – The National Association of Realtors® (NAR) released its analysis of 52 commercial real estate markets on Wednesday, and one Florida community – Cape Coral/Fort Myers – made the top 10 list for 2021 for those with stronger economic and commercial market conditions when compared to national averages or indicators.

For the comparison, NAR looked at the 52 markets where it has commercial market data. In identifying these markets, NAR says it considered 25 indicators based on the latest data as of 2020 Q4 about the area’s economic, demographic, housing and commercial market conditions in the multifamily, office, industrial, retail, and hotel property sectors.

“The top commercial real estate markets that are expected to outperform the rest of the nation are generally affordable and able to draw new residents with a greater flexibility to work from home,” says NAR Chief Economist Lawrence Yun. “These growing markets also offer much lower office and retail rents and are, therefore, able to attract new and expanding businesses.”

Cape Coral-Fort Myers overview
In selecting the Cape Coral area, NAR says its “office and industrial markets are holding up to the pandemic’s negative impact. It is one of two metro areas that experienced an increase in office occupancy as of 2020 Q4 along with Raleigh, North Carolina. The office vacancy rate was 5.7%, about a third of the national rate (15.5%).”

Cape Coral also offers favorable commercial costs and is “likely to continue to attract new office tenants because … it has the lowest office rent, at $19.6/sq. ft., which is 56% of the national average asking office rent ($35/sq. ft.). It is also experiencing strong demand for industrial properties, relative to supply, with a vacancy rate of 3.4% that is below the national rate (5.2%).”

In addition, NAR says future construction is likely due to the area’s low industrial vacancy rate. “Nonfarm payroll employment is down just 4%, even with the 20% decline in hotel and leisure employment.”